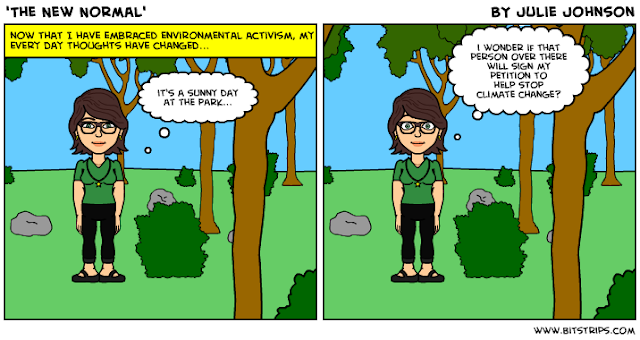 So I was at the beach with my family today and beyond thinking normal thoughts like isn't this a nice day and I wonder what I'll make for dinner I'm thinking:


I wonder if anyone here would sign my petition?

You see, I just spent 2 days at the Climate Reality Leadership Corp conference in Toronto. Al Gore spoke, as did numerous guest speakers. It was a revelation. And an affirmation of my new direction, my 'going green' transformation. 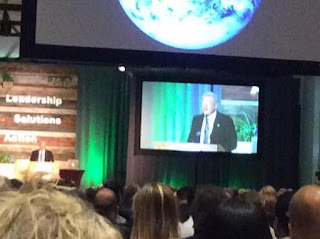 I am now officially a Climate Reality Leader and I have the certificate signed by Al Gore himself to prove it! 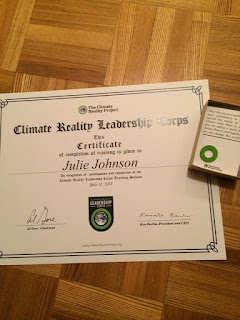 This is just an amazing turn of events for little 'ol me who started this little 'ol blog a few months ago and you can be sure there will be more blog posts to be posted here about it as I unpack this intense but deliriously fabulous event.

Anyway. But first, let's talk about the petitioning!

After the conference, there was a Day of Action, where upon several attendees gathered in small groups about Toronto and practiced our petitioning skills.

If a year ago, if you would have said that I would be standing on a busy street corner in Toronto calling out to assorted passer-bys: could you sign a petition to help stop climate change? I would have coughed up my water through my nose in startled bafflement.

First, because I haven't asked for petition signatures since I manned the Amnesty International booth in the concourse of my high-school. So it had been awhile.

Second, because a year ago I was in a different head space. I was still recovering from an illness, and the zone of my outward perspective was centred on family, work, and polishing up the final draft of my mystery novel.

Somehow, since then, my mentality has shifted very dramatically. I have gained in good health--the foundation for any enterprise--and have gradually broadened my range--broadened it farther than I ever could have imagined--

I started this blog because I'd reached an internal tipping point, a space inside that said 'I can't just sit here and do nothing'. That spark has now grown into a raging flame because:
It is impossible to walk away from that kind of intense conviction and positivity and NOT want to stand on a street corner and call out to others with enthusiasm.

And so: off I went with my group to gather petitions from passerby's near the exits of the Bloor/Yonge subway station! 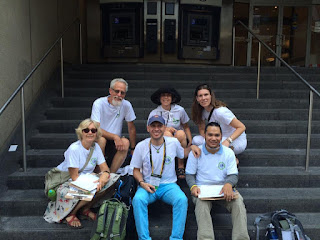 (This was an overwhelmingly positive experience by the way: not everyone signed, obviously, but several who did thanked me for what I was doing, thanked me for taking action.)

This has changed my overall perspective, it seems.

So now, when I'm in a crowd at the beach, the strangers all around me no longer seem like strangers but instead:

The people at the beach today: would they want to sign my petition?

That lady in the polka dots. Would she sign it? That guy in the black swim trunks? Would he sign it?

(One thing I also realized while petitioning in Toronto: you can't assume based on appearances who will sign it.)

How about that couple tossing the beach ball around? Would they sign it?

I guess I better bring it next time!

I wonder if I should start carrying the petition around in my purse?!

So I think I need to start using it.

So go and sign it already!
Posted by Julie Johnson at 16:08